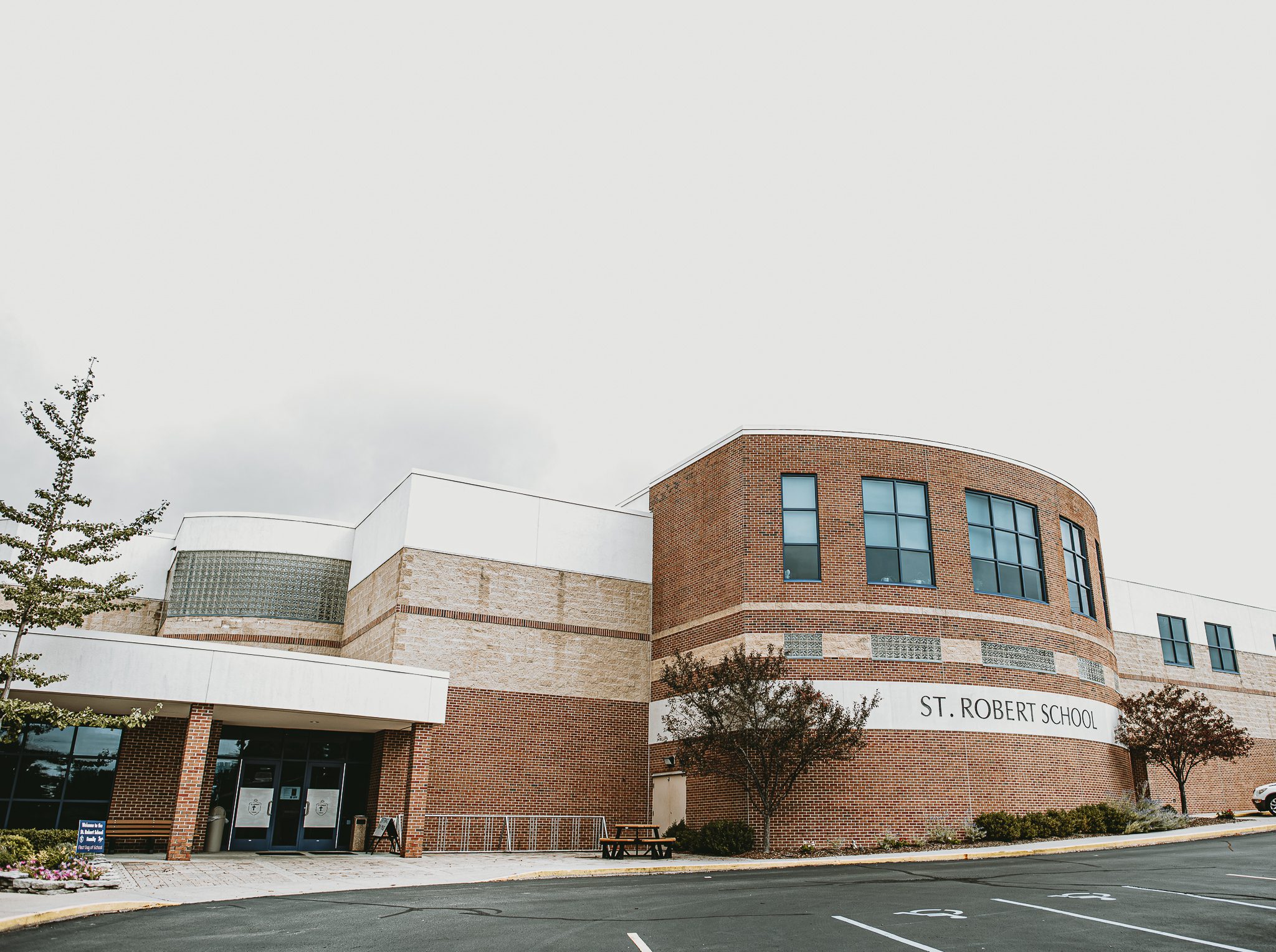 If the tradition is true that Saint Robert Parish had its origin in 1854 in an Irish settlement west of Flushing, then Saint Robert School is at least a century younger than the parish.

No one kept records of the earliest years, but it is known that priests from Saint Michael Church in Flint journeyed through the village of Flushing in the 1850’s to offer Mass in pioneers’ homes.

The first church was built around 1875 on a plot of land donated by Henry McCartney. A small frame building was erected by parishioners on the corner of what is today M-13 and Coldwater Road. The name was chosen to honor the Rev. Robert W. Haire, pastor of Saint Michael Church before he left Michigan with a “colony” of Catholics intent on settling in the Dakota Territory.

In 1954 Saint Robert School opened its doors for the first time. Around 200 children, teachers, parents and others in the parish attended Mass that first day. It was September 8th, the feast of the Nativity of Mary, and after Mass the children sang “Happy Birthday, Dear Mary”.

The subject of a parish school had been discussed for some years, but it began to take shape after the arrival of the Rev. Charles E. Jacobs in 1953. Ground was broken for the building on January 4, 1954.

While there were improvements and minor additions to the original school, the large two-story south addition opened in 2004. This addition was built to meet the educational needs of the 21st century.

Busing service is offered to eligible children, free of charge, by the Flushing Community Schools. A daily hot lunch, subsidized by the Federal Food and Nutrition Program, is available to children at school.